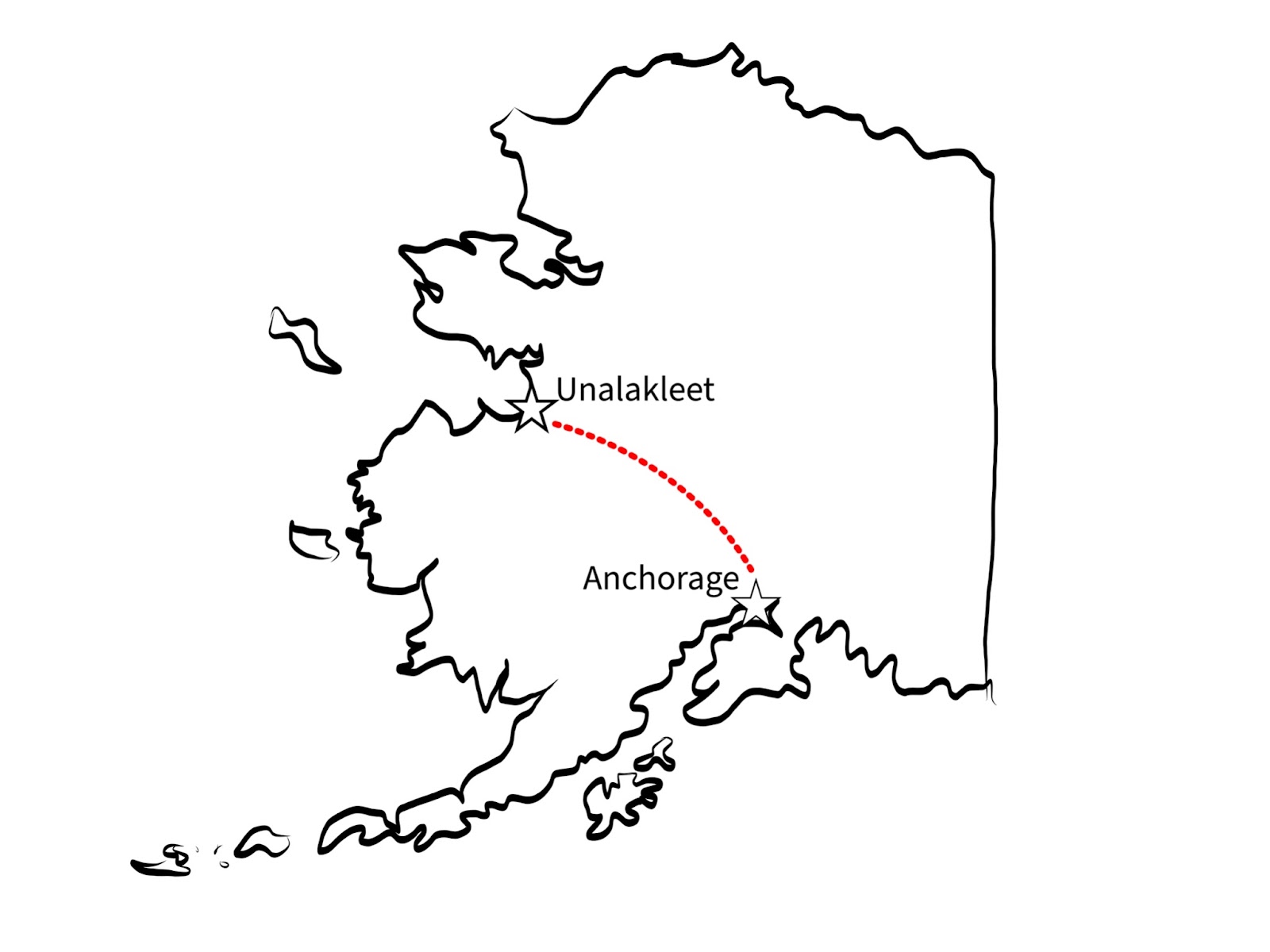 How do I get to Unalakleet?

First is to arrive in Anchorage, AK. Most major airlines provide daily flights in and out of Ted Stevens International Airport (ANC).

Ravn Airlines services the local flight to Unalakleet (UNK) and is located downstairs at ANC lower terminals. Tickets can be purchased online at ravnalaska.com

Once you arrive in Unalakleet, we will be there ready to pick you up and shuttle you up river to the lodge!

The lodge and the village of Unalakleet are located approximately 500 miles NorthWest of Anchorage, and 150 SouthEast of Nome, right in the middle of the Norton Sound off the Bering Sea. To find the lodge via map apps just search “Unalakleet, AK” and follow the river upstream 8 Miles.  Before arriving at the lodge, you will first step foot in the village of Unalakleet/Uŋalaqłiq. The name Unalakleet means “from the southern side.”  Unalakleet has long been a major trade center and serves as a hot spot for fishing and crabbing. Unalakleet also acts  as a hub for traveling to other villages in the area and is a stop along the well-known Iditarod Race that ends in Nome. Unalakleet is breathtakingly beautiful with views of tundra, rivers, and hills.   The community of Unalakleet is home to 800 residents, year round and welcomes visitors with restaurants, local artists and locally run businesses.